I had already mentioned in a post on Facebook that the city of Utrecht was preparing to launch a new huge parking lot for bicycles. Well, the inauguration took place on Monday May 19th, and yesterday I finally used it for the first time.

The parking lot is located just outside the central station, where I park my bicycle every day, but so far I had not yet tried the new structure because of the good weather ( the parking is underground ) and because I am always late in the morning, and this kind of makes me habitudinary.

Yesterday the rain was pouring down, I was early, and - most of all - the racks where I used to leave my bicycle had been fenced off to prevent access: a great reason to try the new parking lot. The gradual removal of the racks around the station is in my belief an attempt by the municipality to clean up the city by abandoned bicycles - a plague only known to the Netherlands - and renovate existing facilities, to make the parking system more efficient. For weeks, various signs and straps affixed to the bicycles were informing citizens of the date on which the racks would emptied, inviting them to move their bicycle and use the new huge bicycle park (which is called Fietsenstalling Jaarbeursplein, or "bicycle parking lot in Jaarbeurs square" - but Huge Bicycle Park sounds better to me) .

So, how is this new huge bicycle park? Super cool!

Modern, technological and indeed huge - 37 lanes of double-decker racks, arranged over 3 floors, which can accommodate up to 4,200 bicycles. A remarkable figure, but not enough to meet the demand for bicycle racks in the area: in fact, 40% of the 1.2 million travelers who take the train every morning in the Netherlands arrives at the station by bicycle. If you consider that Utrecht has 330,000 inhabitants and is the main railway station in the Netherlands, with commuters leaving their bicycles both ways, I'd say that we are short of at least 25,000 bicycle spots. At least!

Some more information about the parking lot: open 24/7, guarded day and night, equipped with digital displays indicating the number of free spots for each floor and lane. Parking is free for the first 24 hours (which means it's always free for people like me who take their bicycle to work every morning and go back home at the end of the day). If you leave your bicycle parked for more than 24 hours, you will pay a daily rate of € 1.25. One-year subscriptions are available for € 75. Check-in and check-out times are registered with the ubiquitous OV- Chipkaart, the single prepaid card that is used for all means of transport here in the Netherlands. Just like when travelling, you check-in by approaching the card to a sensor at the entrance, and check out in the same way at the exit. The only difference is that in the huge fietsenstalling the check-out is supervised by an employee with a scanner, probably to discourage theft. So, if you have not checked-in, they will notice and you won't be able to take the bicycle away.

The parking lot is a pilot project by the Dutch railways (NS), the municipality of Utrecht and ProRail (the company that maintains the railway network), that together share the costs of the structure and that in 2 years will evaluate its performance and see what's next. The city indeed needs to build more parking lots, as it is planned to have 22,000 new bicycle spots built over the next 5 years.

Below are some photos I took yesterday in the fietsenstalling, and an official video by ProRail introducing the new parking lot (it's in Dutch but if you read the post you already know everything about the place ;)). 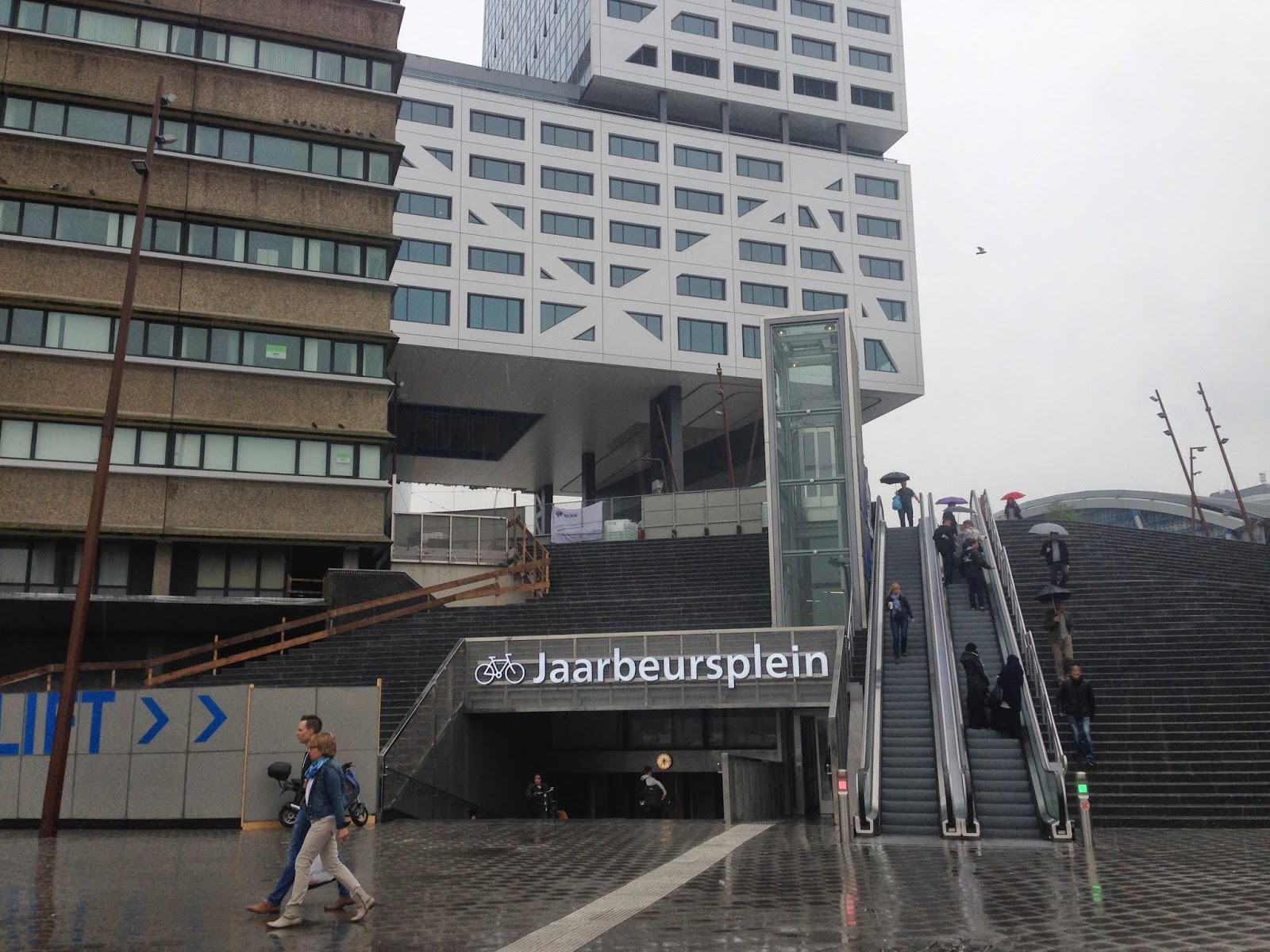 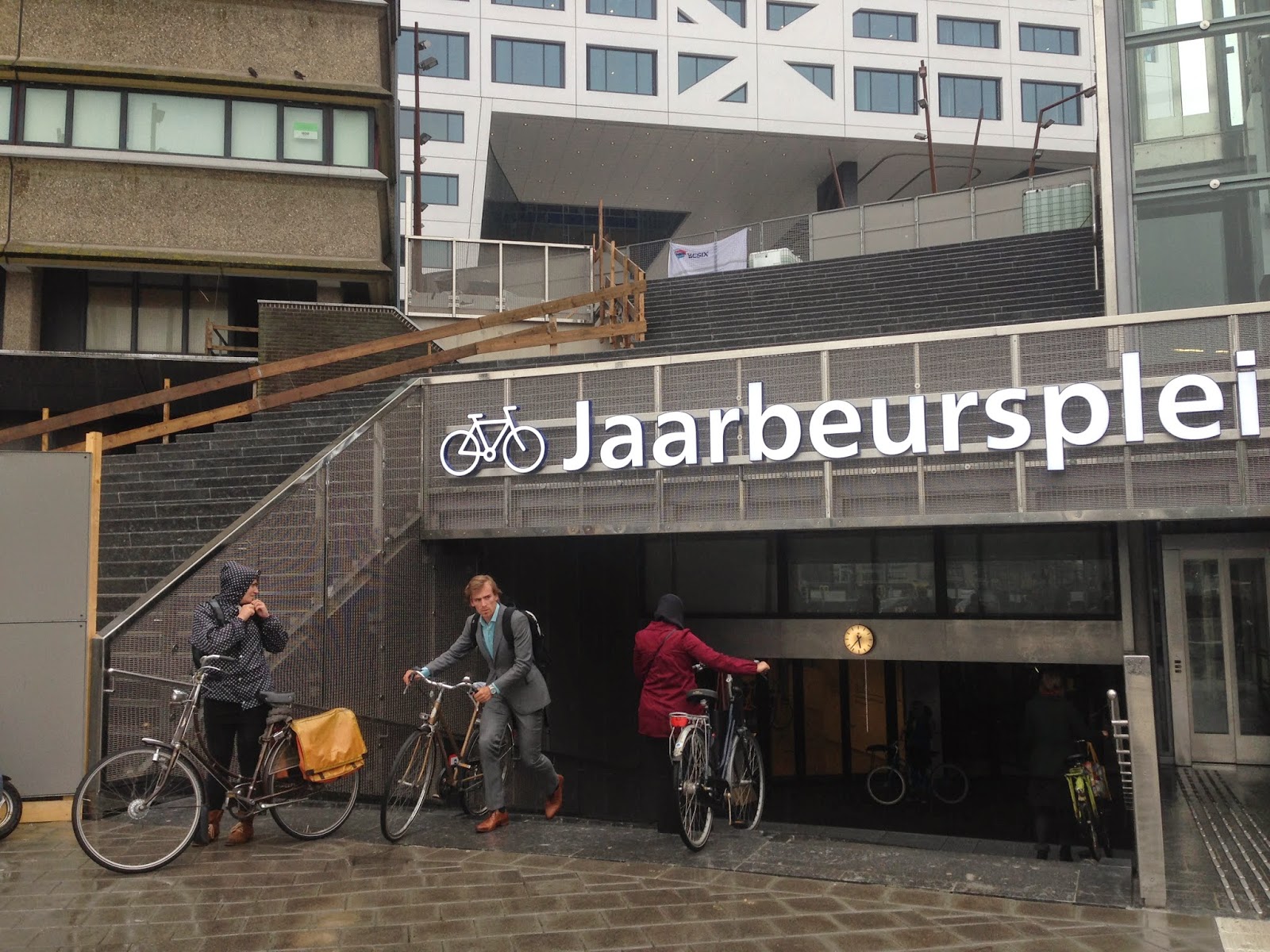 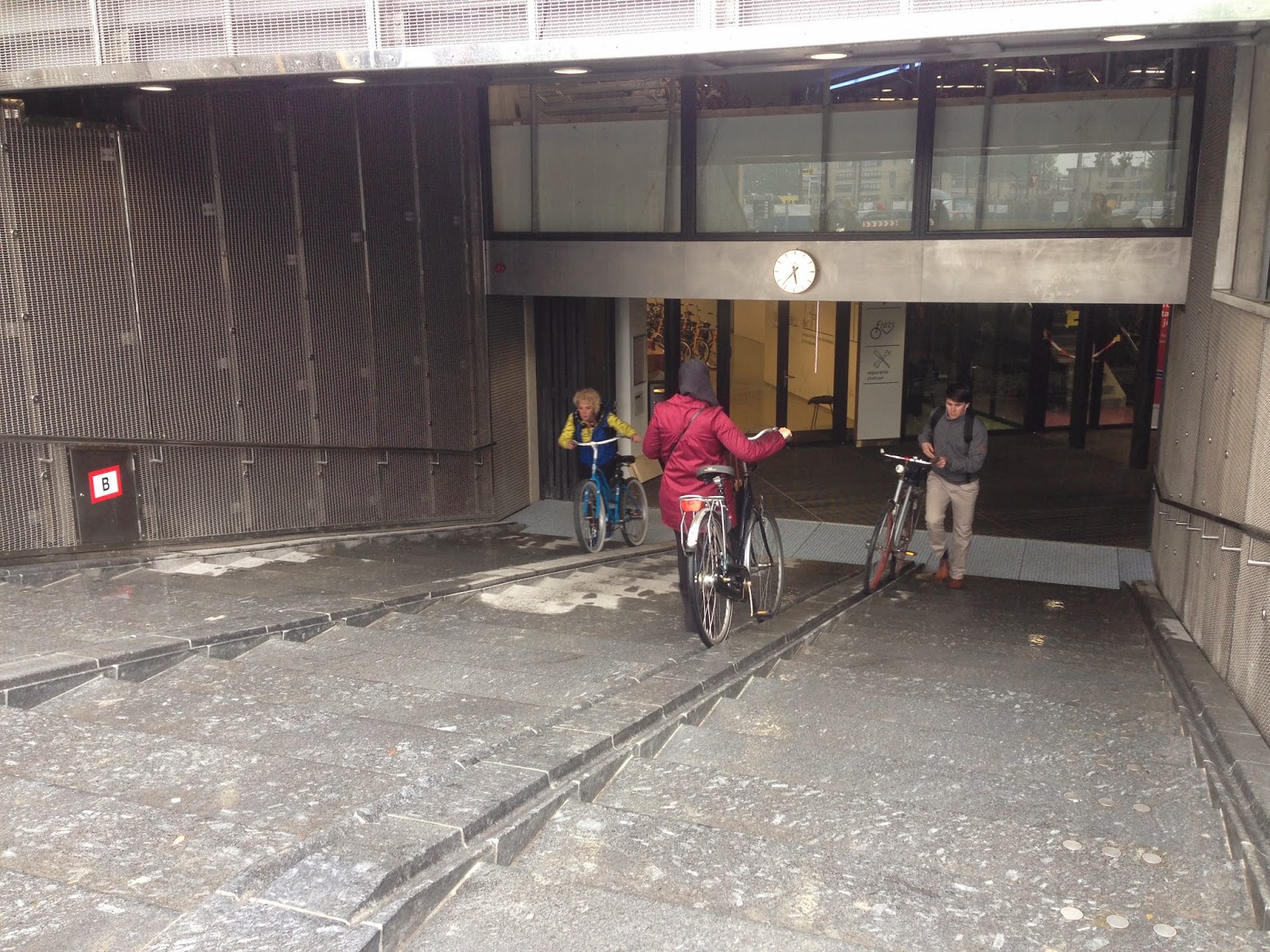 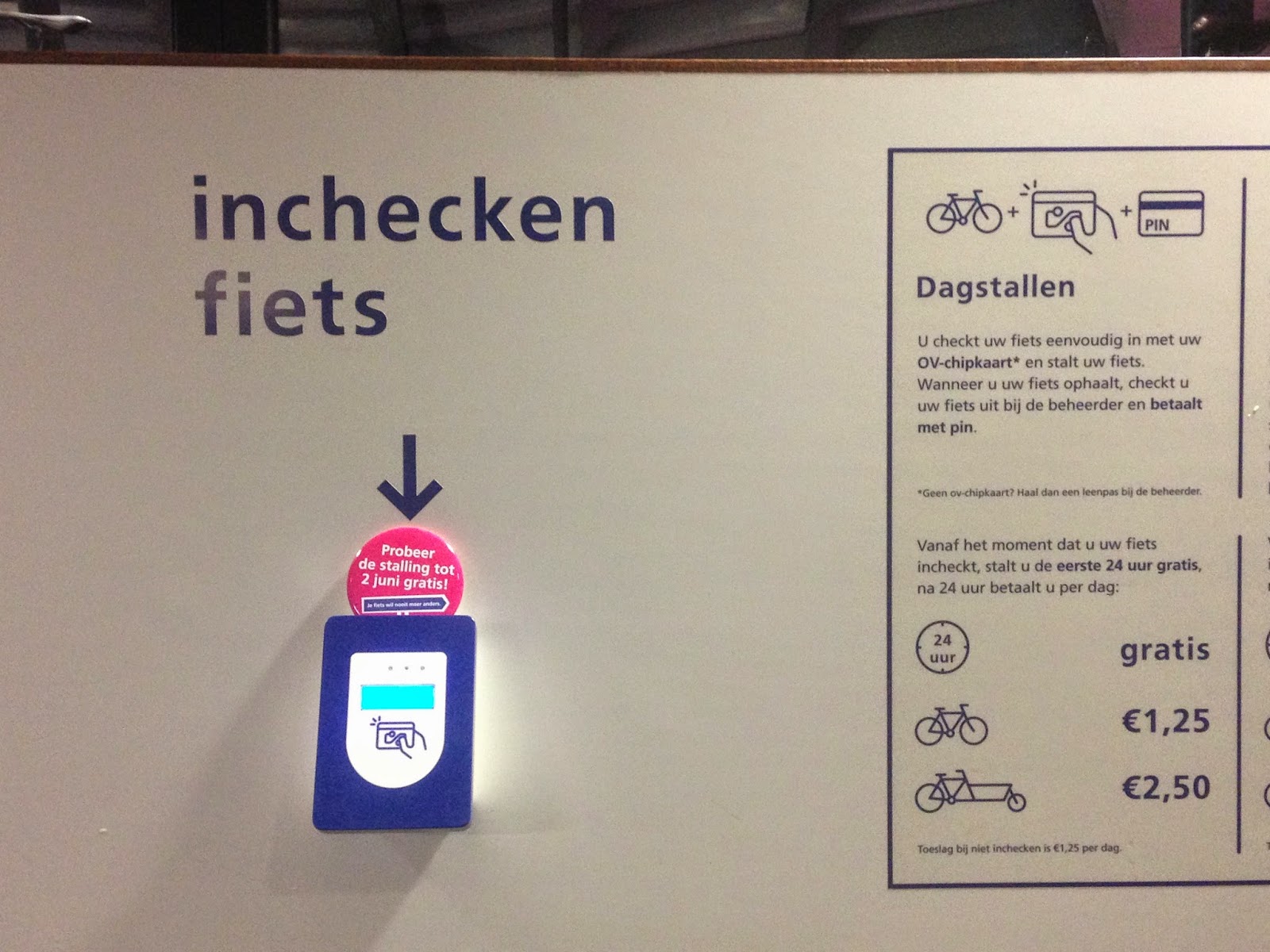 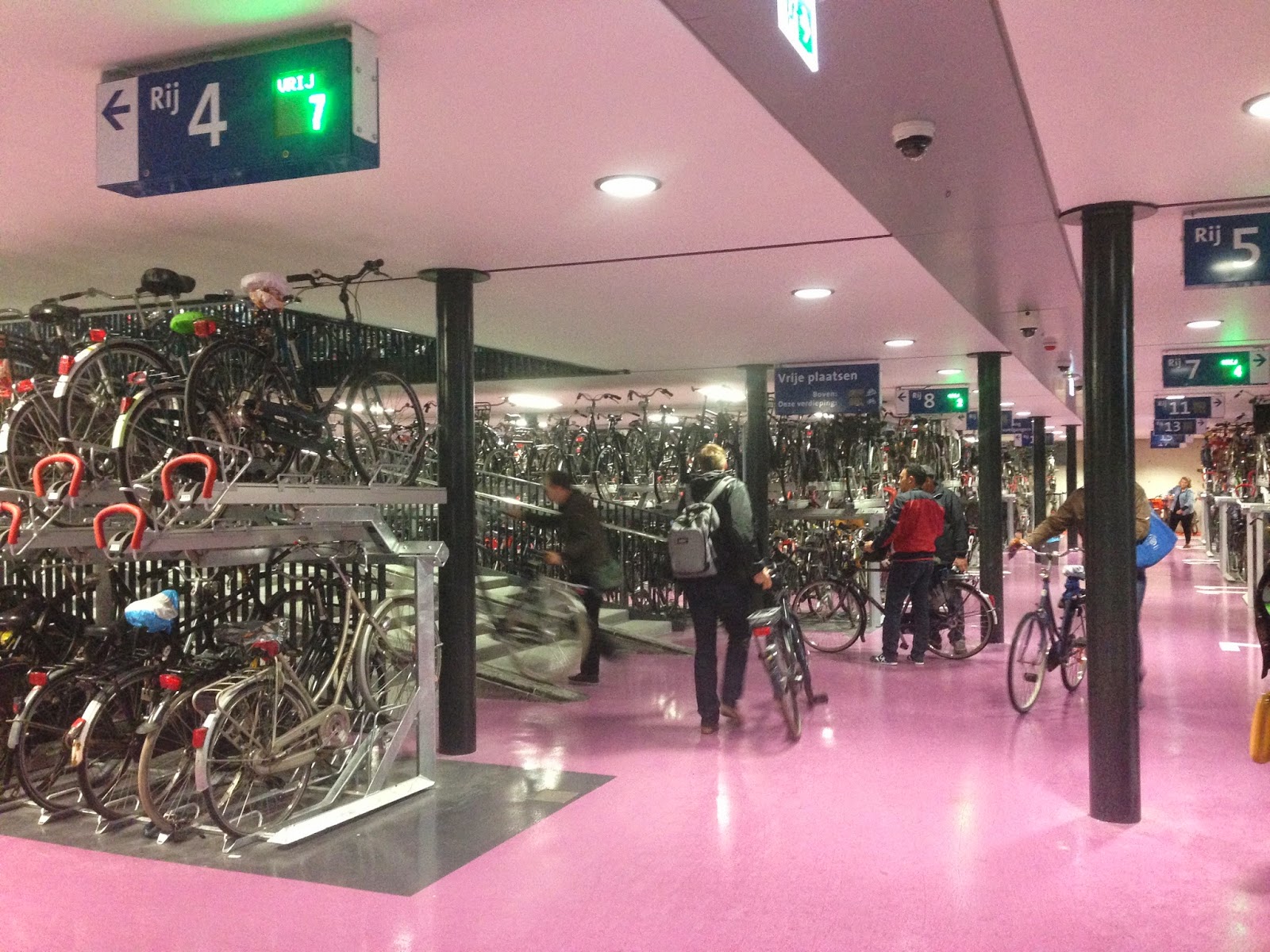 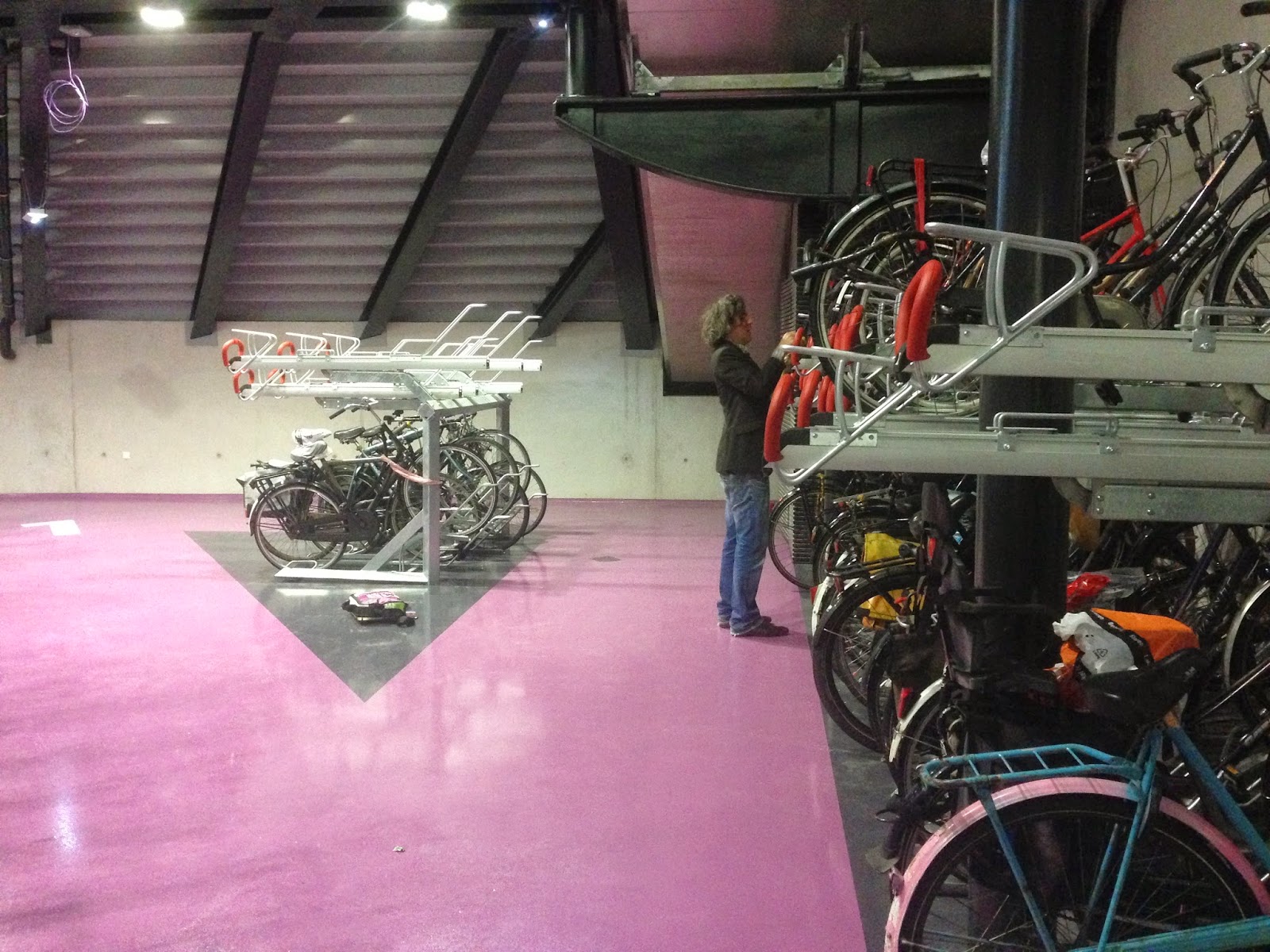 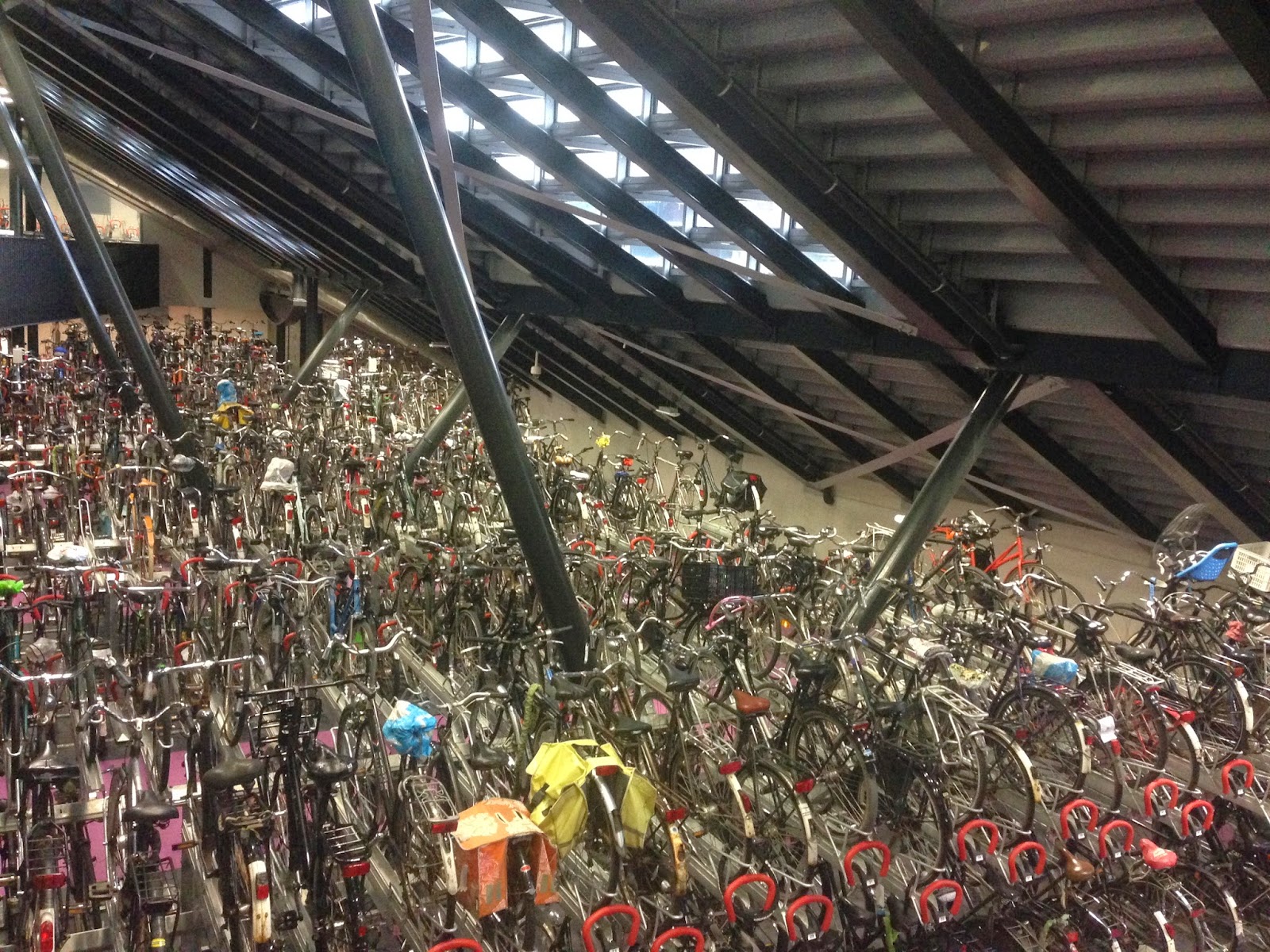 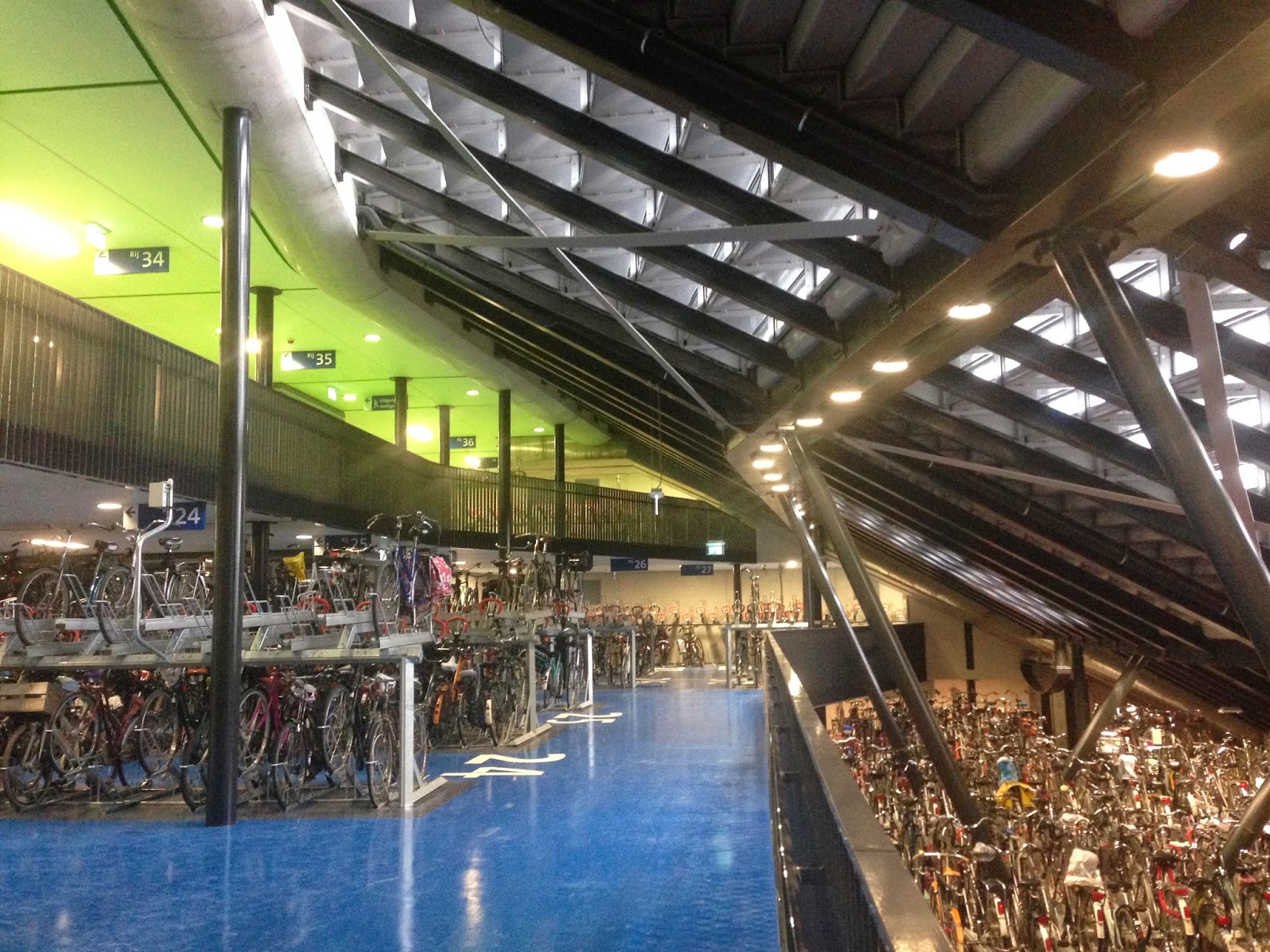 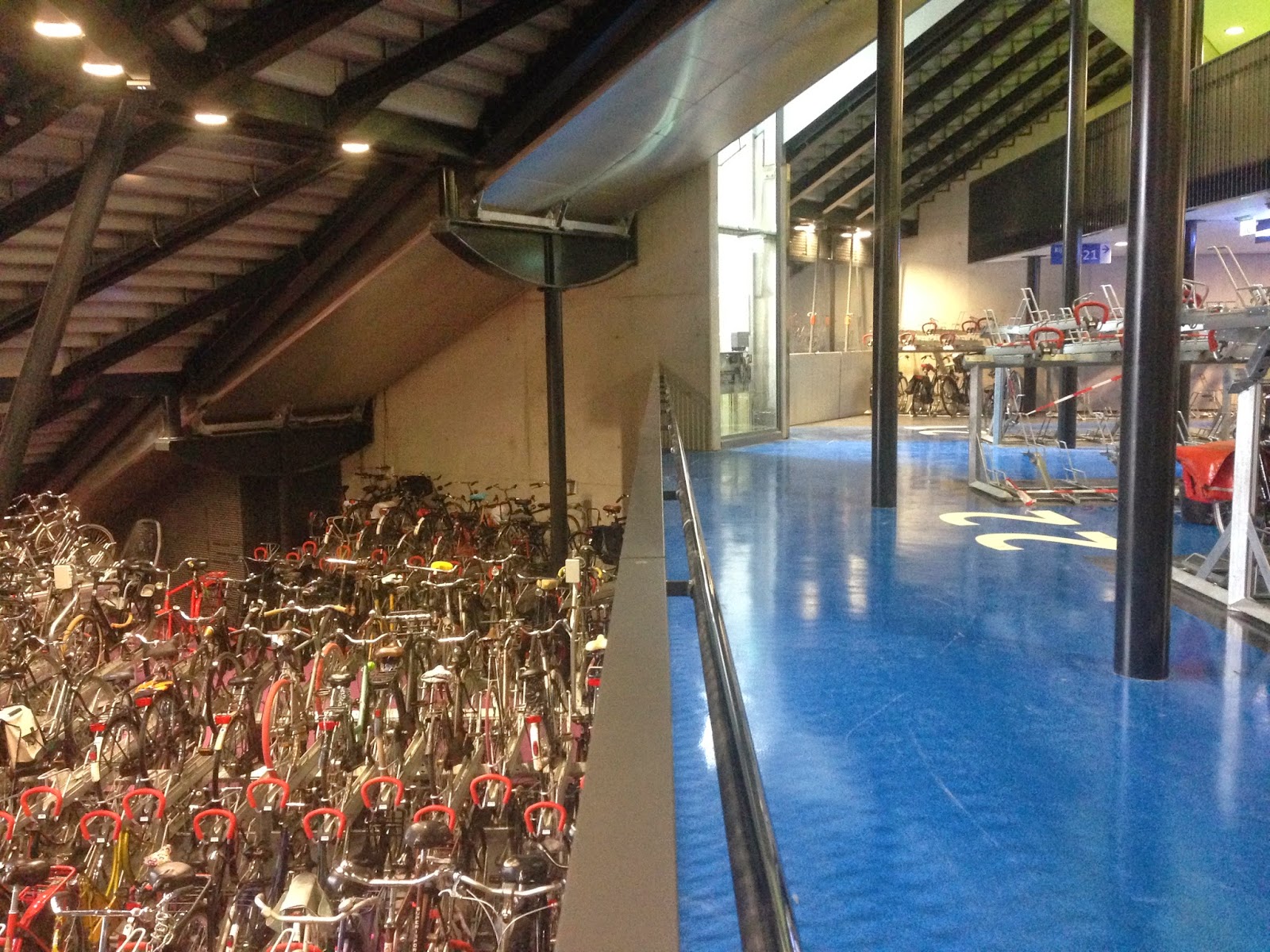 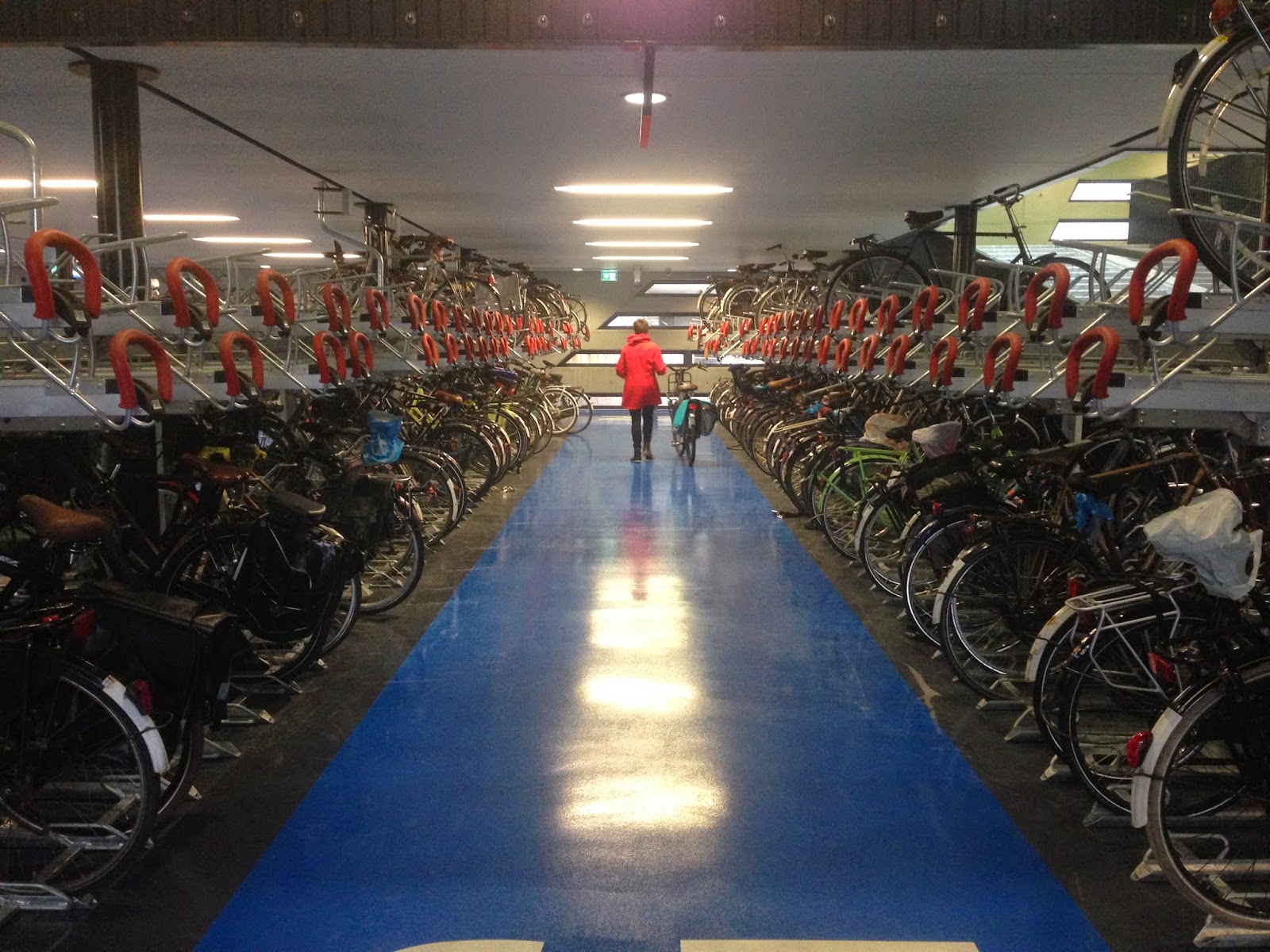 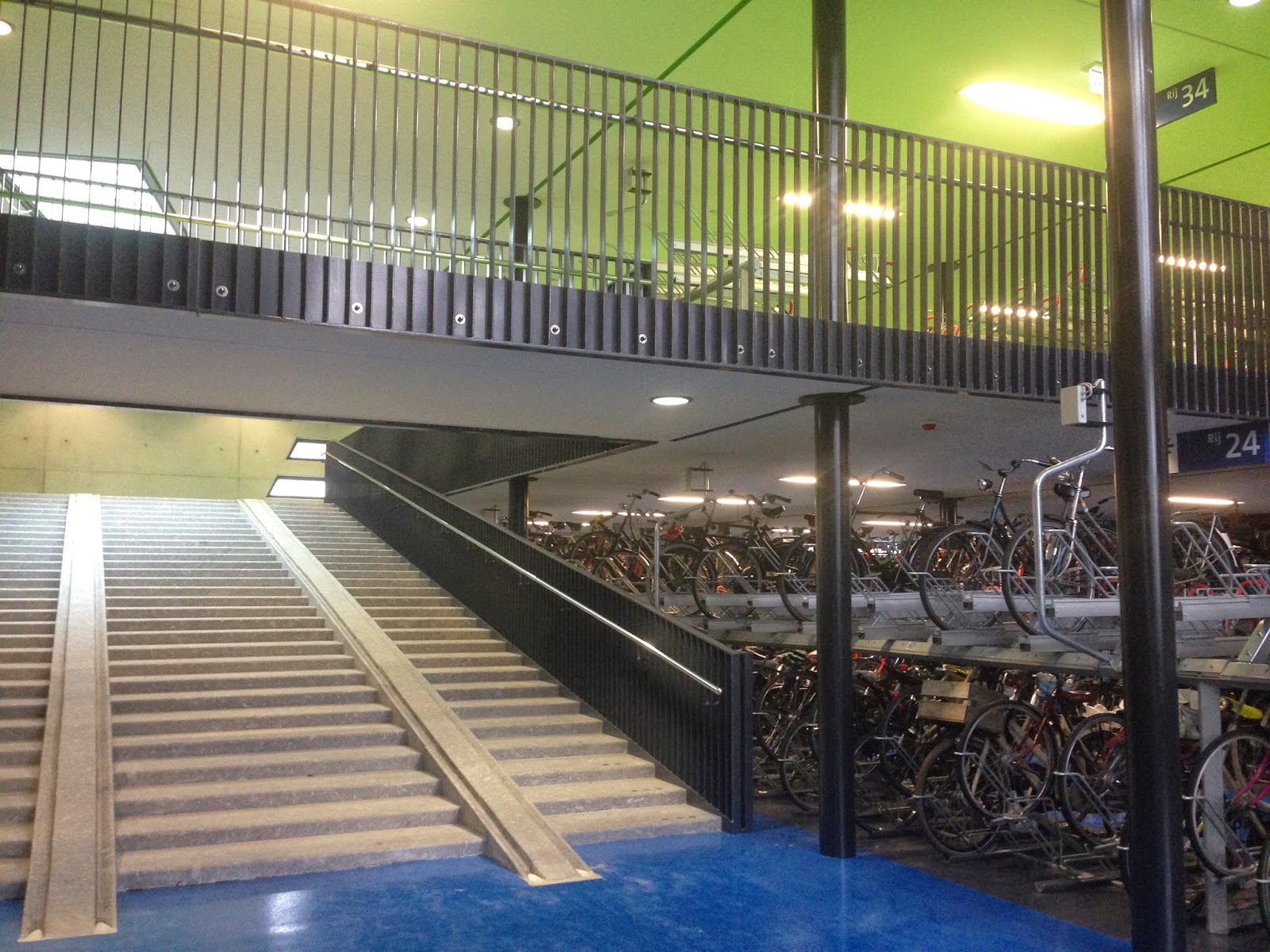 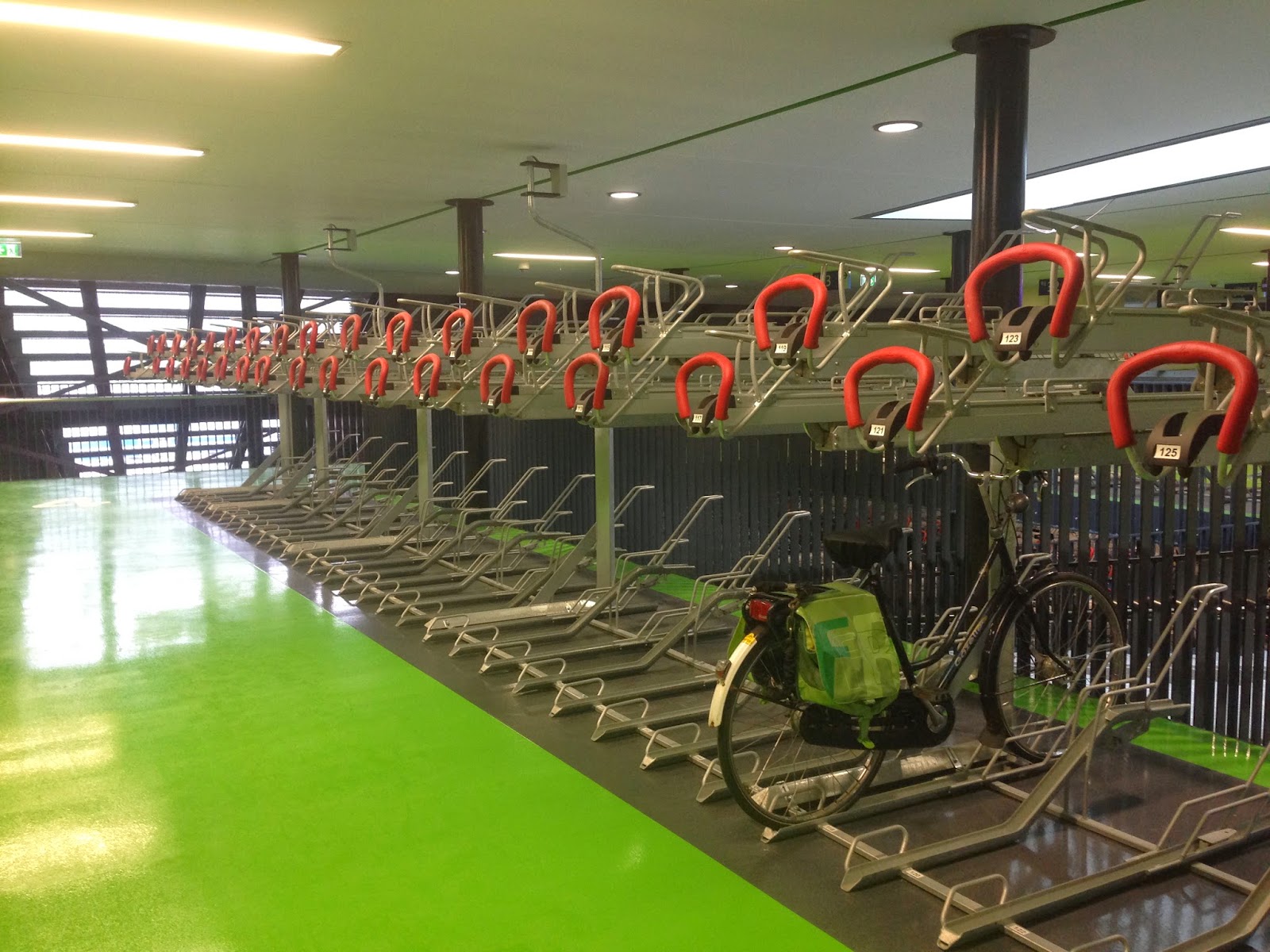 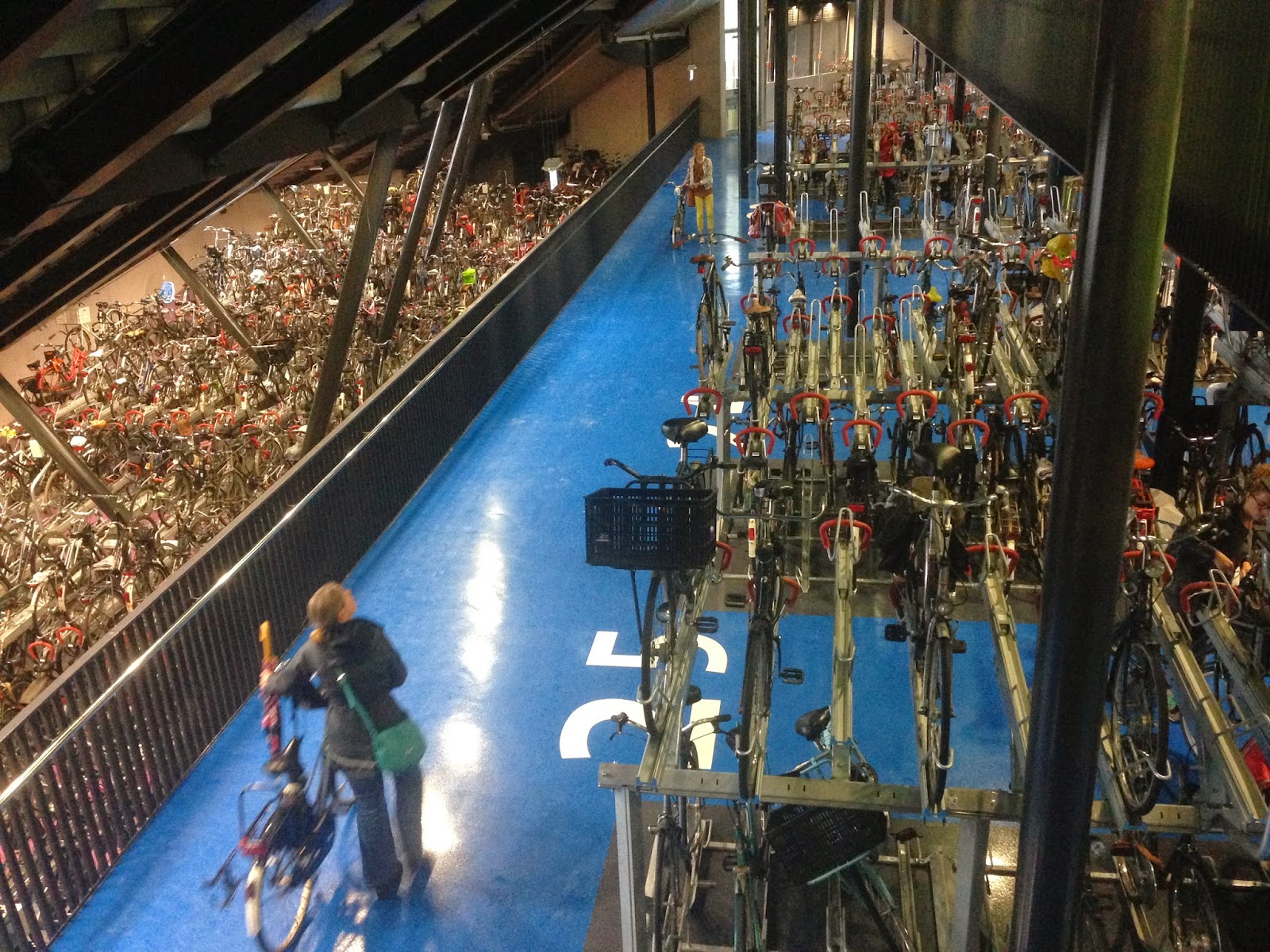 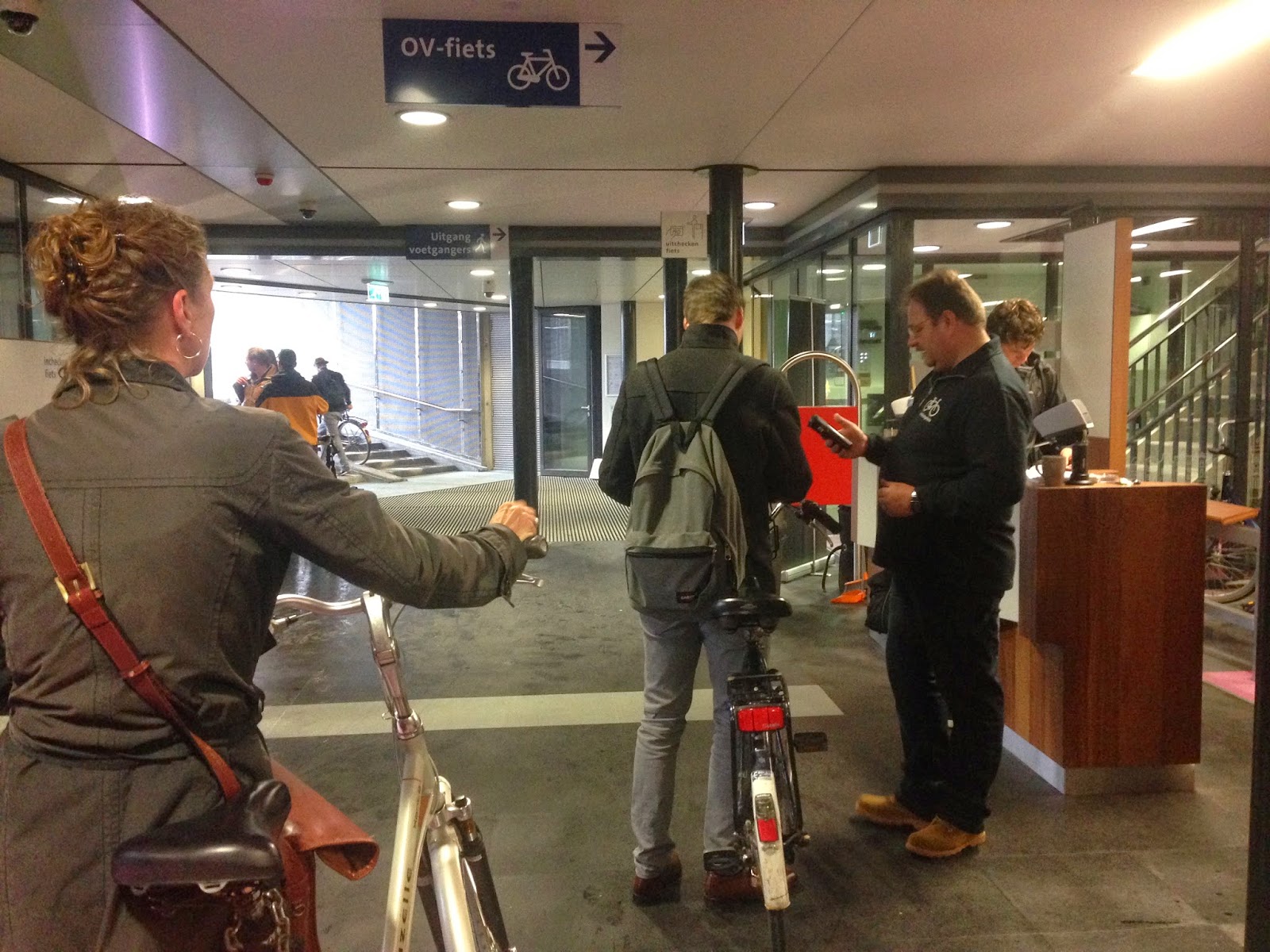 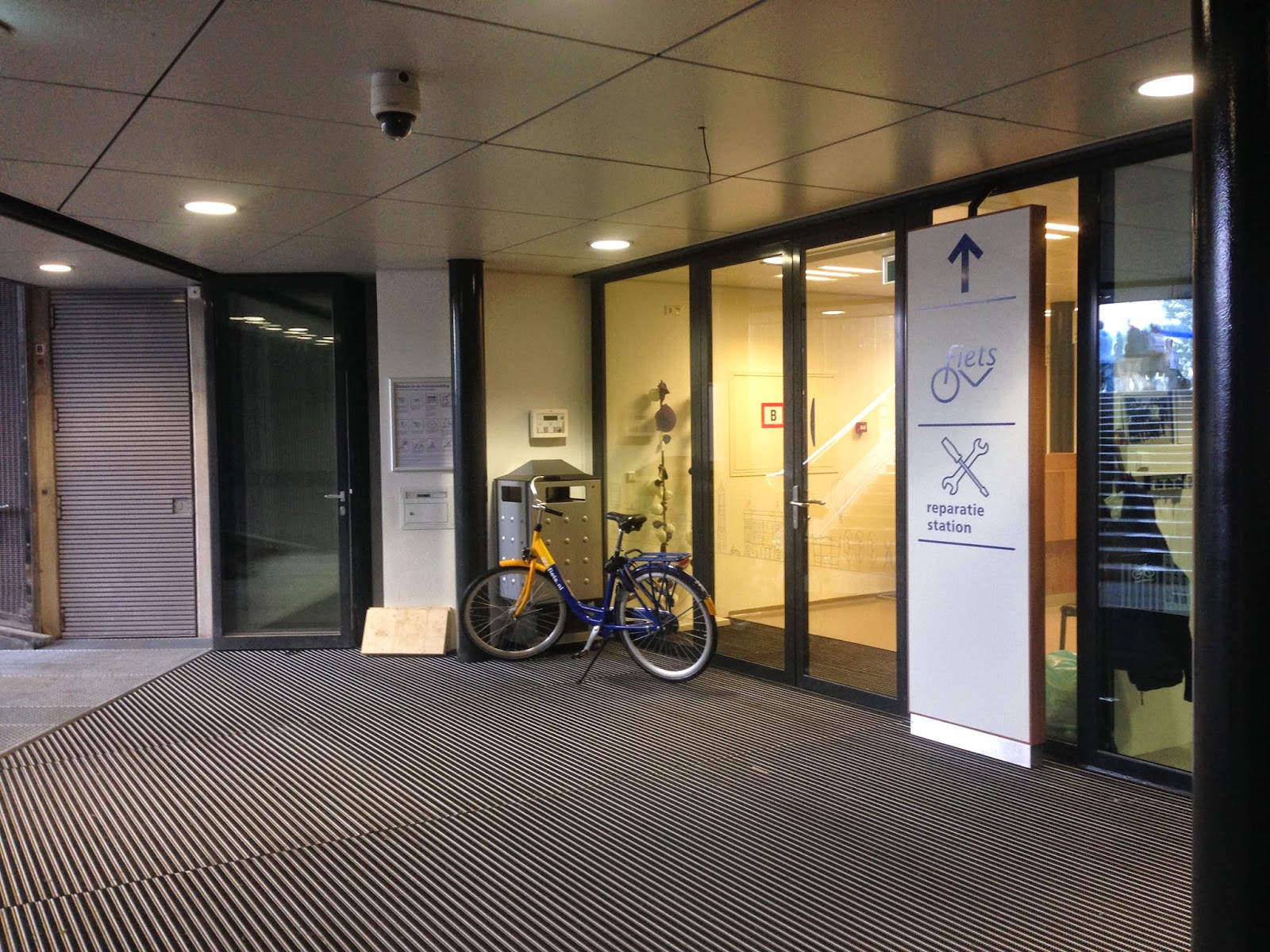 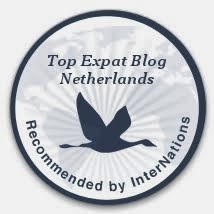